Why Canada has Emerged as a Leading Blockchain and Crypto Nation: Expert Take 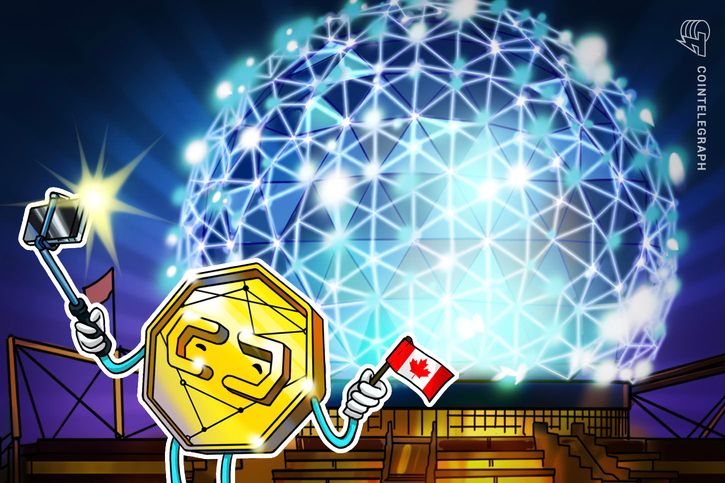 In our Expert Takes, opinion leaders from inside and outside the crypto industry express their views, share their experience and give professional advice. Expert Takes cover everything from Blockchain technology and ICO funding to taxation, regulation, and cryptocurrency adoption by different sectors of the economy.

If you would like to contribute an Expert Take, please email your ideas and CV to [email protected].

The views and opinions expressed here are solely those of the author and do not necessarily reflect the views of Cointelegraph.com. This article does not contain investment advice or recommendations. Every investment and trading move involves risk, you should conduct your own research when making a decision.

Canada has emerged as a leading crypto nation based on its innovation, low energy costs, high internet speed and favorable regulatory regime.  While it ranks third in the world behind the U.S. and the UK when it comes to embracing Blockchain technology, Ethereum Blockchain technology adoption around the world with a wide variety of applications in finance, government, legal, health, education, space, national and multinational cryptocurrencies, energy, initial coin offerings and others is unparalleled.

A study conducted by Cornell University shows that “The Ethereum nodes are both in the latency space, and also geographically, more distributed around the world, as opposed to Bitcoin nodes, which tend to be located in data centers” explained Emin Gün Sirer, Cornell professor and computer scientist.

Canada’s dominance in Blockchain innovation stems in part from Toronto being home to Vitalik Buterin who is the inventor of the Ethereum Blockchain, a second-generation open source software platform, with a general scripting language, which created a protocol for building reliable decentralized trusted networks. It extends the functionality of Satoshi Nakamoto’s Blockchain design which powered decentralized peer-to-peer Bitcoin payment, by adding the concept of smart contracts, also called scripting.

This feature allows the platform to store and run computer programs and enables developers to build and deploy decentralized applications and create whatever operations they want with permanent, trusted record of assets and transactions. The first public Ethereum backed network went live in 2015 and supports ether (ETH), currently the second highest valued cryptocurrency at $63 Billion.  ETH finances the Ethereum Swiss Foundation  and is used by application developers to pay for transaction fees and services on the Ethereum network.

The platform has worldwide adoption. As Nick Johnson, the chief software architect of Ethereum Foundation, puts it:

“We are building a bridge between the human readability of cryptographic addresses and machine readability.  While some others are working similar platforms that they feel may have their own advantages, the size of the development teams around Ethereum ballooned with initial spikes in interest to something larger than anything else in the space. With that, application development, innovation in scaling and other areas followed the trend, thereby creating a snowball effect.”

“EEA serves as the connective tissue between Ethereum Blockchain and the evolving enterprise industry with over 450 members from all around the world — 135 in the Banking Work Group — which are driving production deployments through a community of over 30,000 developers.”

Take for example ConsenSys, an EEA member firm, which various Ethereum projects including Quorum, and the EU Blockchain Observatory and Forum and trains Ethereum developers at its Academy.

The EEA is also a member of Blockchain Research Institute (BRI), based in Toronto, which is dedicated to over 70 research projects that proposes ways in which Blockchain technology can be utilized to impact various industries.  BRI has partnered with the Information and Communications Technology Council (ICTC) of Canada to build a nationwide Blockchain ecosystem; alongside the Bank of Canada which has explored and experimented with a National cryptocurrency.

But it’s not only Blockchain innovation where Canada excels in. According to Hydro Quebec, the province has an energy surplus equivalent to 100 Terawatt hours over 10 years and offers some of the lowest electricity rates in North America.  This has drawn cryptominers to the region, including from China, in droves. A cryptominers easy, breezy life style starkly contrasts that with a gold miner who works 5,400 to 5,600 feet below surface, at suffocating temperatures, dripping with sweat, while punching holes into burning rock walls, to find hidden gold, in the dark.

Here is an example.  China’s Bitmain Technologies began mining in Canada in 2016, when ETH traded at $1.  When ETH’s price rose 63,600% to $636 with no implemented hard cap on the total ETH supply, Bitmain first announced a new specialized mining system for ETH; then set its eyes on cryptocurrency mining sites in Quebec, as it takes on average 29.05 TWh annually to operate a cryptocurrency mining operation. That’s about 0.13 percent of total global electricity consumption.

While this may be potential bad news for the smaller cryptominers in the region, a local ETH miner shrugged it off:

“Quebec is one of the best places in the world for mining, thanks to low cost electricity, cool temperatures, and high-speed internet. There’s a lot of data centers in Montreal and they’ll rent you a space for your own server or ZTE smartphone–Sugar S11. Since you’d be paying about half to 1/3rd the electricity price of Ontario, then the added expense of rent is well worth it”

However, recently Quebec Premier Philippe Couillard warned that “Cryptominers planning to move to the region will not get cheap electricity from the government-owned utility Hydro-Quebec, as the utility may not have enough power to meet the demand.” The utility has received an order to await instructions from the government.

Last year, with the boom in Ethereum Blockchain based ICOs that raised $4 Billion worldwide, the Canadian Securities Administrators suggested that Canadian Securities Law may be potentially applicable to cryptocurrencies. The Ontario Securities Commission (OSC) on the other hand granted regulatory relief to allow Ontario’s first regulated ICO under existing exemptions in securities laws.

This year, amid extreme market volatility, Canada’s first Blockchain exchange-traded fund began trading on the Toronto Stock Exchange.  And OSC started examining the business activities of several exchanges on the concern that they were allowing trading in tokens that would otherwise qualify as securities.

Laura Gheorghiu a tax partner at Gowling WLG explained that the CRA has characterized cryptocurrency as a commodity, therefore the exchange of it becomes a taxable event as a barter transaction giving rise to either business income (fully taxable) or capital gains (50% taxable)— depending on the facts and circumstances– measured according to the value of the assets exchanged in Canadian Dollars.

If an employee receives cryptocurrency as payment for salary or wages, or otherwise in connection with employment, the amount, computed in Canadian dollars, is included in the employee’s income. Mining of cryptocurrencies is taxed as either a business or a personal hobby (non-taxable).

Business income, wages or capital gains are taxed at the applicable tax rate for the taxpayer in question.  The general combined Federal/provincial income tax rates in Canada vary between 26.5% to 30% for corporations and 44.5% to 58.75% for individuals depending on the province.

A non-resident that carries on a business in Canada, is subject to taxation under the same rules as a Canadian resident. Cross-border payments of rents or royalties in cryptocurrency to a non-resident are subject to a withholding tax of 25%, that may be reduced under an applicable tax treaty.

Selva Ozelli, Esq., CPA is an international tax attorney and CPA who frequently writes about tax, legal and accounting issues for Tax Notes, Bloomberg BNA, other publications and the OECD.