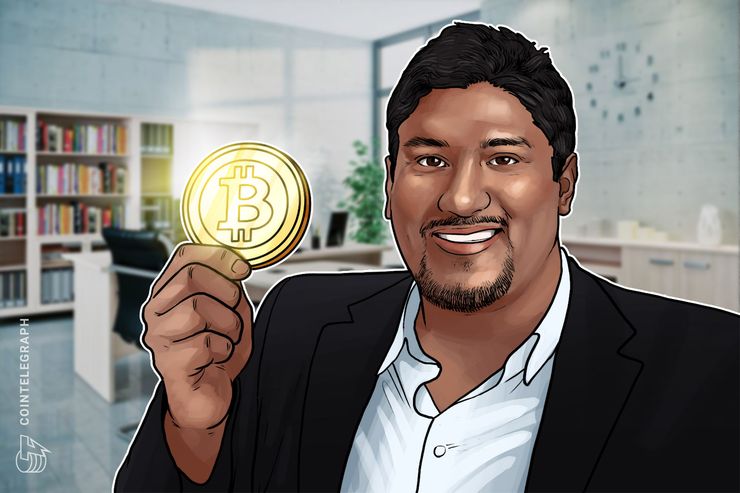 Vinny Lingham, CEO of blockchain identity platform Civic, has revised down his short-term Bitcoin (BTC) price prediction on Jan. 11, telling financial news network Cheddar that the cryptocurrency could fall below $3,000.

In an interview, Lingham, who had previously forecast BTC/USD to trade between $3,000 and $6,000 in the coming months, said the market would either “breakout or breakdown.”

“The reality is it’ll probably trade sideways between $3,000 and $5,000 for another month or two while it’s trying to find which way to go,” he said, adding:

“When it finds that direction, there’ll be a breakout or a breakdown.”

Lingham was speaking after Bitcoin lost its support at $4,000 to drop around $250 in a matter of minutes on Thursday.

The renewed volatility had followed several days of flat movements, cancelling out gains made earlier in the week.

Altcoins had reacted more intensely to Bitcoin’s move, the top twenty assets by market cap losing up to 11.3 percent in the 24 hours to press time on Friday.

Civic’s own CVC token, like many from the initial coin offering (ICO) boom of 2017, currently trades well below its issue price, but it is not a problem for the company, Lingham told Cheddar.

“We’ve been very mildly affected,” he said, “we took our ICO proceeds and held them in cash, so we’ve been less affected than everyone else in the space — the people who held onto Bitcoin and Ethereum at very high prices.”

Other sources warning about incoming Bitcoin lows meanwhile include veteran trader Tone Vays, who in December claimed a bottom could fall below $1,300.