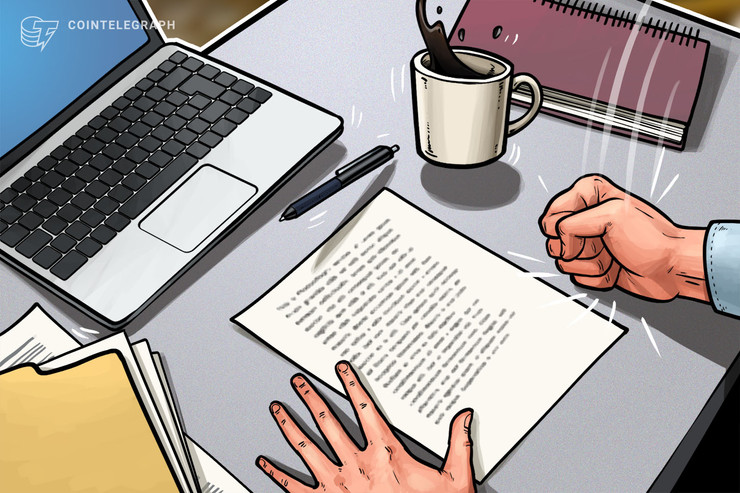 Over 5,000 victims of the alleged cryptocurrency pyramid scheme Dunamiscoins have petitioned the Ugandan Parliament asking to refund money lost in the scam.

Arthur Asiimwe, the leader of the petitioning group who presented the request to the Parliament’s speaker Rebecca Kadaga, claims that the government has licensed the alleged scam firm, according to an official announcement by the Parliament of Uganda on Jan. 16.

Dunamiscoins victims are not satisfied with investigation results

First spotted in early December 2019, Dunamiscoins is allegedly involved in defrauding over 10,000 people, causing them losses of around $2.7 million. The apparent scam company reportedly closed its offices just a month after opening, stealing money from its investors and employees after previously promising 40% returns on cash investments.

Asiimwe emphasized that the Ugandan government must be held liable for the Dunamiscoins incident:

“Government licensed this company and gave it a go ahead to work as a non-deposit taking financial institution; it carried out its duties as a micro finance company. They gave unrealistic bonuses.”

As two Dunamiscoins directors stood trial in early January, Asiimwe also pointed out that one of the key individuals behind the scam, Susan Awon, has still remained at large. The group leader expressed dissatisfaction with the status of the investigation, arguing that Ugandan authorities should take further steps to arrest the third director and refund the money.

Subsequently, Parliament’s speaker Kadaga promised to engage with the responsible state authorities in order to solve the issue. According to the official announcement by the Parliament, she said:

“Since you petitioned the President already, I will talk to him and invite the Minister of Finance, Uganda Micro Finance Regulatory Authority next week so we can forge a way forward.”

While Dunamiscoins victims apparently accuse their government of not taking necessary measures to prevent the scam, some media reports claim that Uganda’s President Yoweri Museveni endorsed the firm earlier. According to local news publication The Independent, the victims told Kadaga that their faith in the company was driven by the President’s endorsement alongside constant media adverts.

Meanwhile, Museveni has definitely taken a positive stance towards both blockchain technology and cryptocurrencies. Back in 2018, the President met with executives at major global crypto exchange Binance to discuss the developments in the industry.

Cointelegraph has contacted the President’s representatives for comment on the alleged endorsement of Dunamiscoins but has not received a response at press time. This article will be updated pending any new information.