Traders on Paxful sell $16.2M of Bitcoin for discounted gift cards each week 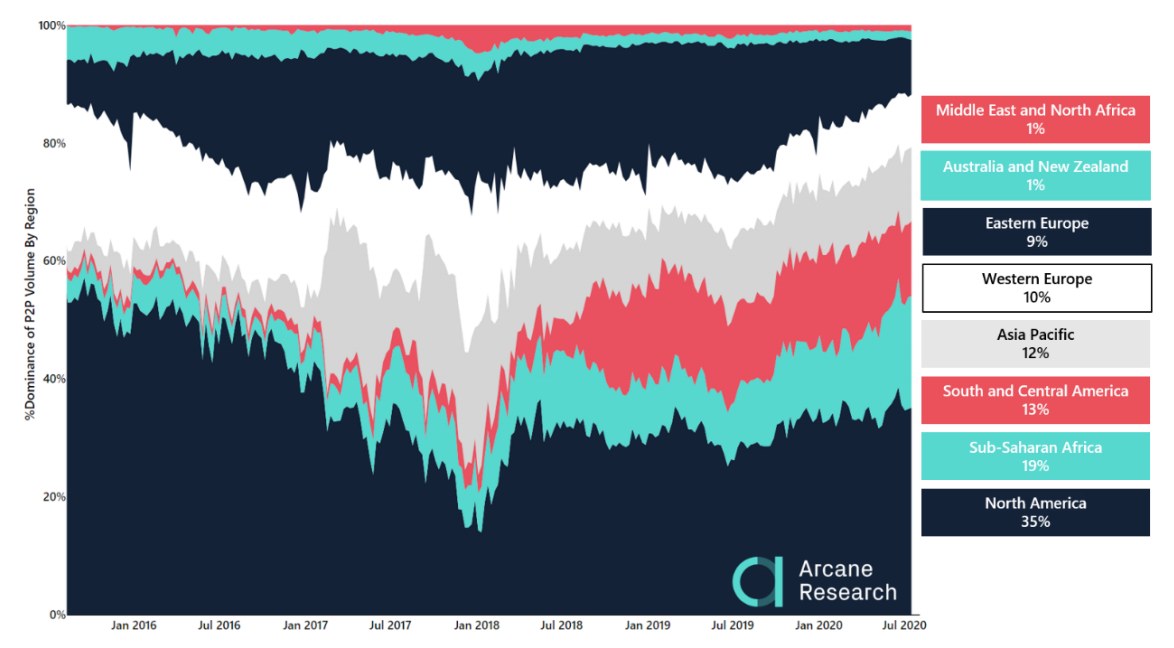 A report published by Arcane Research has revealed that nearly half of Paxful’s trade volume comes from trade between Bitcoin (BTC) and gift cards.

The report found that, “purchasing Bitcoin with gift cards has been the preferred solution on Paxful each month throughout the five-year span analyzed,” and in June accounted for 48% of Paxful’s volume.

Paxful processes nearly $40 million in weekly trade, which means up to $20M of BTC is exchanged for gift cards every week. Arcane highlighted the last week of June this year in the report, in which $16.2M BTC was sold for gift cards.

Arcane attributes most of Paxful’s volume to demand for remittances from jurisdictions with poorly developed financial services. With more than half of Paxful’s trade by value taking place in the United States, the reports suggest much of the platform’s North American volume represents migrant workers sending funds to their families.

“The gift card payment solution is flexible. It allows buyers to indirectly purchase BTC with cash through purchases of popular gift cards at gas stations, and then resell those gift cards on Paxful for BTC.“

“[Gift card trading] is often done at a significant discount, down to 60 cents on the dollar. A natural question to ask is therefore, who is willing to take a 40% hit to buy Bitcoin this way?”

Paxful emerged as the top peer-to-peer (P2P) Bitcoin marketplace after Localbitcoins introduced KYC requirements one year ago for users with more than $1,000 in annual trade volume.

While western trading has shifted away from the P2P markets in favor of centralized exchanges since 2016, Arcane notes the volume from emerging “frontier” economies has consistently increased over recent years.