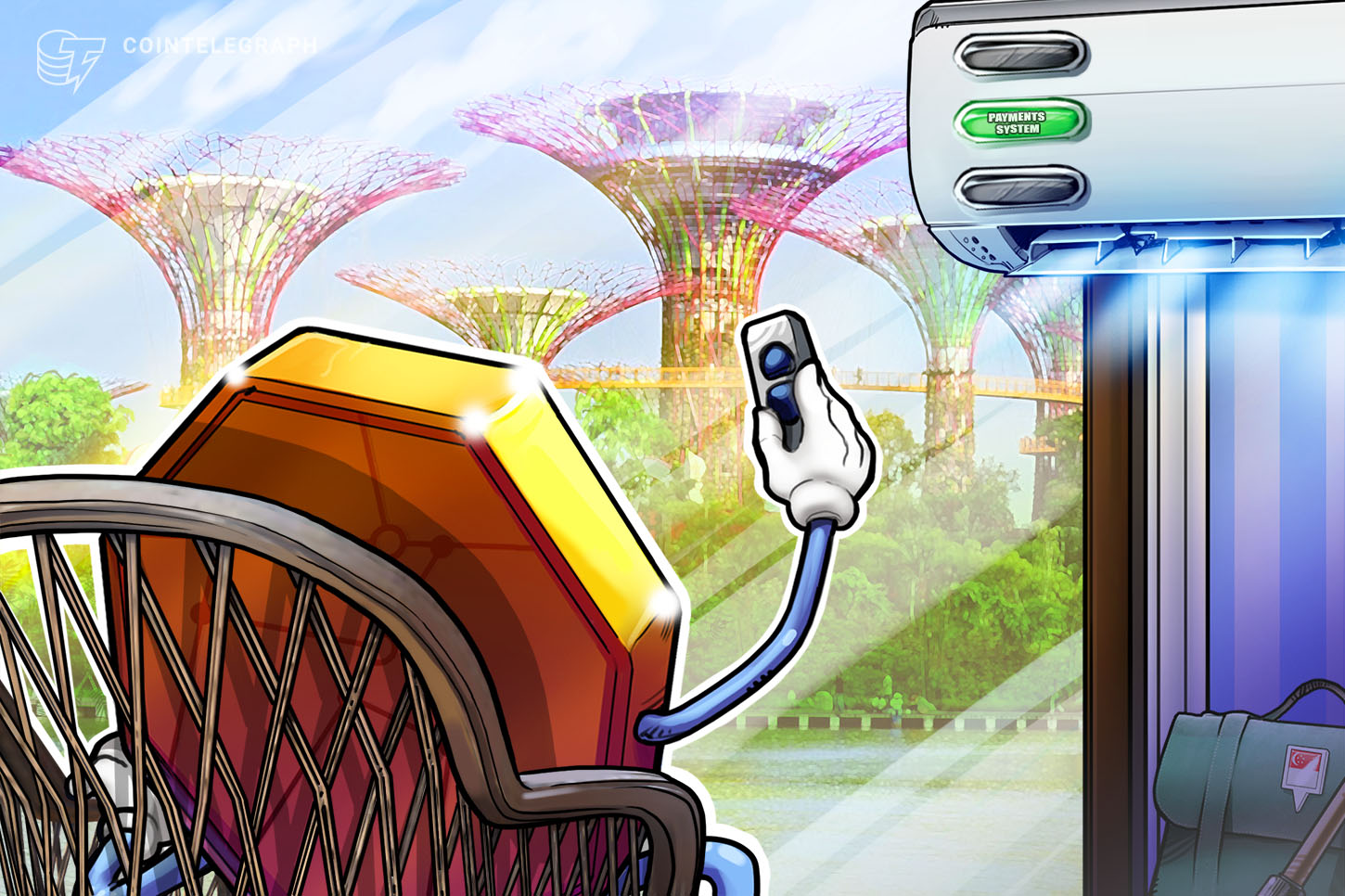 With cross-border interoperable blockchain systems gaining traction across the globe, it comes as no surprise that an increasing number of government agencies are looking to explore the full potential of this technology to make international transactions hassle-free in addition to ensuring the process is streamlined and transparent for users.

In this regard, the Monetary Authority of Singapore, or MAS, announced on July 13 that its much-talked-about blockchain payments project, Project Ubin, was finally ready for mainstream commercial deployment.

The project’s roots can be traced all the way back to 2017, a time when the Singaporean government was seeking to develop a digitized Singapore dollar. Over the course of the next few years, the project continued to evolve, especially with MAS showcasing a keen interest in exploring the domain of distributed ledger technology in order to devise a holistic monetary system that could be used to clear and settle payments and securities using a digital Singapore dollar.

According to the government of Singapore’s official description, Ubin’s payments network will serve as the bedrock for “other blockchain networks to connect and integrate seamlessly.” It also bears mentioning that testing of the payments network has been underway since November 2019, with MAS working in conjunction with Singapore-based investment company Temasek and American investment bank JPMorgan Chase to conclude its final phase of the testing.

Increased adoption across the region

With the participation of 16 local blockchain startups for various use case developments and industry testing, Singaporean authorities have demonstrated their openness in collaborating with local blockchain startups as well as providing them with regulatory guidance to help an increasing number of entrepreneurs and enthusiasts in the Southeast Asia region. On the matter, Qiang further added:

“The Ubin network can be integrated with other blockchain platforms to promote end-to-end digitalization across many industries and use cases, which opens up opportunities for not only permissioned DLT solutions but also companies that build on public blockchain(s) to leverage both Ubin’s multi-currency payment network and the permissionless, interoperable, tamper-proof features of the public blockchain.”

If successful, can Ubin redefine the payments market?

From the outside looking in, Ubin’s vision seems to be a big step forward for the crypto industry as a whole, as it aims to create more investment opportunities within the sector. On the subject, Marie Tatibouet, chief marketing officer of Gate.io — a Singapore-based cryptocurrency exchange — commented: “So far, it has been challenging to achieve any commercialization of this kind but Project Ubin has managed to bridge the gap.”

Thus, it will be interesting to see how a regulated, tokenized state currency can potentially function as a means of daily expenditure as well as cross-border transfer. Not only that, but Ubin’s future success may also highlight the fact that inter-bank transactions, cross-border transfers and tokenized securities can be settled using blockchain technology, that too with full transaction privacy at a reduced cost. Tatibouet further opined:

“Ubin’s success can be a breakthrough not only in the Asian but international fintech sphere. There are already some reports showing the promising advantages of blockchain technology in numbers of new companies created in Asia, with Singapore on the top of the list with 50% growth, followed by Japan with 30% growth.”

As a small city-state, Singapore has constantly reinvented itself by fostering an environment that is geared toward innovation. Project Ubin is a result of this overall push for innovation, particularly from the government’s side.

Expounding his views on the subject, Kenrick Drijkoningen, founding partner of LuneX Ventures — a Singapore-based crypto and blockchain fund — told Cointelegraph that as things stand, Singapore is uniquely positioned to become a leader within the global crypto economy. Because it is “a small agile jurisdiction,” it can move necessary legislation faster than countries such as the United States — the first results of which were recently witnessed in the form of the Payment Services Act 2019 that offers Singaporean crypto firms the opportunity to apply for legal operational licenses.

That being said, Drijkoningen did concede that despite Singapore possessing one of the world’s most vibrant crypto ecosystems, there are still a few issues that needed to be addressed:

“Funding specifically for crypto companies is still hard to come by as traditional VC’s and investors are unfamiliar with the opportunity. Another challenge remains talent, specific senior skills are often hard to find due to a small population. Nevertheless, globally known projects like Kyber, REN are Singapore based.”

David Waslen, founder and CEO of HedgeTrade — a crypto investing platform headquartered in Singapore — also believes that the country is uniquely positioned to be a leader in the cryptocurrency space because it has for years possessed one of the most stable economies in the world, with no foreign debt and strong government revenue.

Additionally, Waslen believes that local crypto projects that have long been operating in a bear market will likely continue to prosper under Singapore’s sensible and future-leaning crypto guidance:

“By bringing together blockchain projects and financial regulators to create the best possible building framework, companies will continue to be attracted to that atmosphere when often their own countries are too embroiled in political or economic turmoil to foster that kind of environment.”

What lays ahead for Singapore?

While the steps that have been taken thus far by MAS have been viewed quite favorably by members of the global crypto community, Drijkoninge believes that it would boost the local digital asset ecosystem even more if the financial body decided to issue a public tokenized version of the Singapore dollar to be used by local crypto companies.

Also, it’s worth mentioning that a few days before the Ubin announcement, Ravi Menon, managing director of MAS, stated that Singapore is exploring its options to issue its very own central bank digital currency by working closely with China’s financial authorities.

When institutions such as MAS that are known to fast-track fintech development make it public knowledge that they are working on blockchain projects such as Project Ubin, it reassures the strength and potential that blockchain technology brings to the table. For example, in India, crypto trading volumes surged after the government lifted its long-standing ban on banks dealing with crypto-related firms earlier this year, thus proving that the masses seem ready for large-scale adoption but lack the regulated avenues to direct their investments.