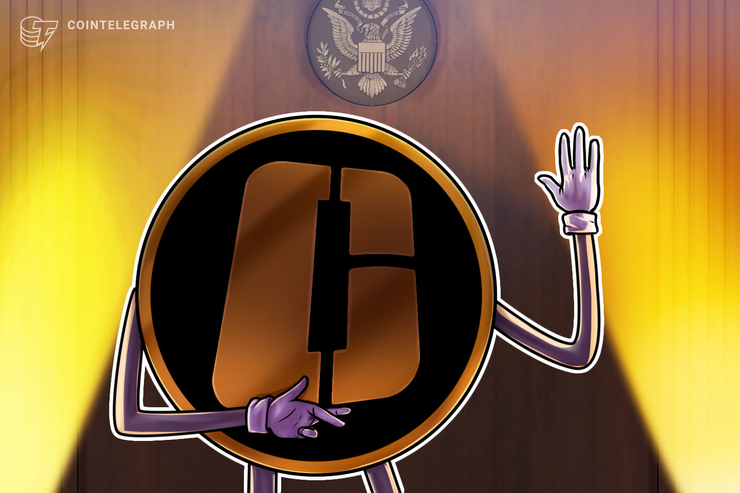 With each passing day, the financial nitty-gritty associated with the cryptocurrency-related OneCoin Ponzi scheme continues to become of increasing interest to members of the global crypto community.

The U.S. government’s previous estimate of the scam that raked in a total of $4 billion seems to be well off the mark, as the figure could be more than three to four times the official estimate — this is according to Jamie Bartlett, the person responsible for the BBC’s podcast series The Missing Cryptoqueen.

As part of the show, Bartlett and his team followed a trail of clues to track down Ruja Ignatova, who is widely credited as being the mastermind behind the entire OneCoin scam. Bartlett also uncovered a host of shocking documents during his research that revealed that OneCoin may have gathered more than $4 billion from just a single continent alone.

To put things into context, it appears as though over the course of the fourth quarter of 2014 and the third quarter of 2016, OneCoin was able to generate a total of 3.4 billion euros (approximately $3.8 billion). However, since the coins had no intrinsic value attached to them, they could not be used to facilitate any real-world deals or purchases.

What are the figures?

Instead, the scheme relied solely on heavy marketing tactics and other nefarious ploys — such as Ignatov claiming that OneCoin Ltd. had successfully attracted more than three million members across the globe. However, at its core, the project was no different from any other multilevel marketing scheme, simply because, much like other MLM schemes, OneCoin too doled out handsome commissions to its members for on-boarding new recruits.

Fast forward to 2019 and the aforementioned scam is currently being tried in front of a court of law. The prosecutors allege that Mark Scott, a U.S.-based attorney who had previously worked for reputed law firm Locke Lord LLP, helped Ignatov launder the bulk of the proceeds acquired through the OneCoin scam.

Scott, who has pleaded not guilty, is being accused of employing a wide network of fake companies, offshore bank accounts and fraudulent investment schemes to siphon off more than $400 million in illegal proceeds. As compensation for his shady activities, prosecutor Julieta Lozano pointed out that Scott was paid handsomely in the form of a 57-foot yacht, three multimillion-dollar homes in Cape Cod, Massachusetts and luxury cars, including three Porsches and a Ferrari.

What is happening in court?

To better understand the ongoing situation and how its potential outcome will pan out, Cointelegraph reached out to Matthew Russell Lee, founder of Inner City Press, which is known for its investigative journalism related to the global finance industry. Lee has been following the situation closely and has attended all of the recent hearings concerning OneCoin and the U.S. vs. Scott trial.

When asked about Scott and his claim that he duly informed the FBI about his efforts to determine whether OneCoin might be a pyramid scheme before he got involved with the project, Lee replied:

“Mark Scott’s defense is that he didn’t know that OneCoin, for example, had no blockchain. But his claims of not knowing that something was wrong are undercut by evidence he would only speak with Ruja Ignatova on a ‘crypto-phone’ and in some cases, only in person. Scott traveled to Sophia and, according to cooperating witness Konstantin Ignatov (Ruja’s brother and, until her abrupt disappearance, personal assistant), met with Ruja with nearly all other OneCoin staff told to go home for the day not witness or overhead anything.”

On the subject of Ruja Ignatov’s current whereabouts and how she has been able to evade various law enforcement agencies for so long, Lee told Cointelegraph an intriguing detail: Konstantin Ignatov testified on Nov. 6 that after his sister fled, security personnel who accompanied her told him that she had met with people who spoke Russian. Konstantin Ignatov also added that his sister informed him that she had the support and protection of a “rich and powerful” Russian individual.

Despite all this information now being out in the public domain, the OneCoin project continues to remain fully operational. Even the project’s parent company, OneLife, continues to reiterate the mantra that “OneCoin verifiably fulfills all criteria of the definition of a crypto-currency.”

To make sense of this, Cointelegraph reached out to a Singapore-based crypto executive who claims to have inside knowledge on the matter but wishes to remain anonymous due to privacy concerns. According to the executive:

“OneCoin has at various times, attempted to involve legitimate community players in creating a functioning blockchain for optics.”

The executive also claimed that a lot of the market hype that OneCoin generated upon its release had crossed over to the Singapore scene and that Marcelo Carsil of Macenas, as well as an early Bitcoin developer, had been hired to work for OneCoin at one point.

Lastly, Lee believes that the company’s ongoing operations are just a smokescreen to make it seem as though the project is still going ahead, as laid out in the original roadmap. He further highlighted that the mother of Ruja and Konstantin Ignatov still works at the OneCoin office in Sophia, Bulgaria. However, Lee expressed his doubts about OneCoin, saying, “I cannot imagine, given the evidence, how much longer this can continue.”

Even though Scott is currently being tried in court in relation to a sizeable sum of $400 million, the larger question still remains: What happened to the rest of the money? It seems as though there has been little to no accountability as far as the entire score goes, but Lee believes that Ruja Ignatov — and perhaps her sponsors — took a lot of it.

Additionally, he pointed out that as per a recent testimony, a man in the United Arab Emirates named Amer Abdulaziz, who is still free and makes routine public appearances, took around $100 million from the total stash. Lee concluded by saying:

“I am particularly interested in the alleged money launderer(s) who were named in testimony on November 6, and other professional enablers some of whom have gone on to work on other crypto-currency projects.”