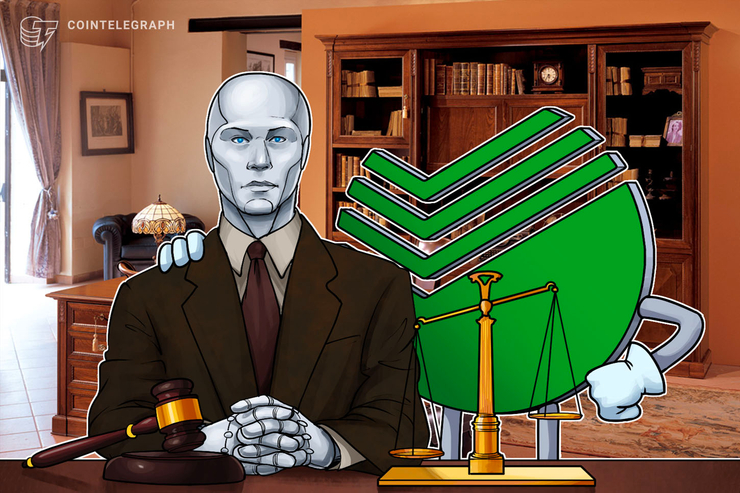 Russia’s largest bank Sberbank has requested that a client provide information on their income from cryptocurrency, the Russian version of Forbes reported on May 17.

Co-founder of cryptocurrency trading platform Toxenbox.io, Vladimir Smerkis, told Forbes that the unnamed client received a letter from Sberbank requiring disclosure of their crypto revenue. The letter based its demand on Federal Law No. 115, “On Combating Money Laundering and Terrorism Financing.” The client had reportedly already informed the bank about their income from exchanging cryptocurrencies.

Specifically, Sberbank wanted to know the client’s crypto wallet address, what mining equipment the client deployed (including the model and parameters of their mining farm) and hash rate indicators.

The bank also asked for documents confirming ownership or lease of the mining equipment, as well as the premises housing the farm. Sberbank subsequently confirmed the information, Forbes states.

Smerkis said that “we are very much perturbed by how Sberbank can appeal to terms that do not yet exist in Russian law.” The founder and CEO of regulated decentralized exchange Tokenomica, Artem Tolkachev responded that this is not a new breed of request, saying that Sberbank “operate within their regulatory framework for handling cash. So it is a way of legally introducing cryptocurrency revenues into circulation.”

Russian prime minister Dmitry Medvedev commented yesterday, May 16, that crypto regulation is not a priority for the Russian government as cryptocurrencies have been losing popularity. Medvedev noted that the problem received more attention at an earlier forum in May 2018, where he urged the government to legislate at least some basic crypto terms. While hype around bitcoin (BTC) has fallen, crypto markets may still rally, the prime minister concluded.

Russia’s principle crypto bill “On Digital Financial Assets” was passed by the lower house of Russian parliament in May 2018. However, the Duma sent it back to the first reading stage due to a lack of key concepts such as crypto mining, and subsequently delayed consideration of the bill.