National Digital Currencies: Not Yet Too Big to Fail 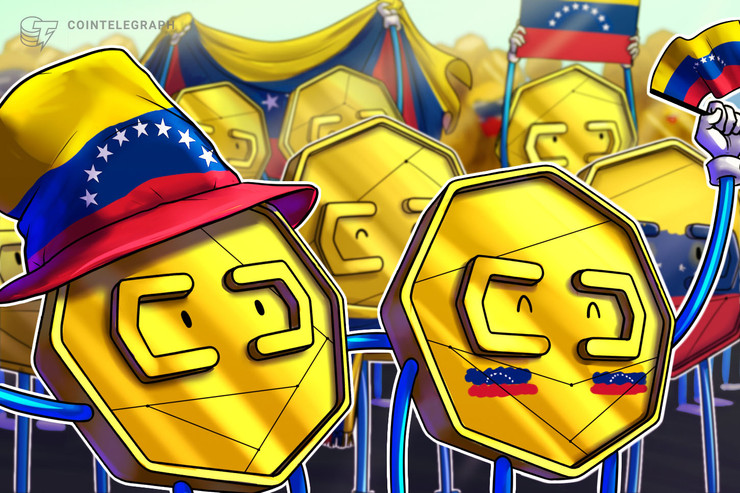 Over 30 years ago, in a January 1988 cover story emblazoned with a phoenix hovering over a paper-money inferno, The Economist offered this semi-prophetic vision of currency:

“Thirty years from now, Americans, Japanese, Europeans, and people in many other rich countries, and some relatively poor ones will probably be paying for their shopping with the same currency. Prices will be quoted not in dollars, yen or D-marks but in, let’s say, the phoenix. The phoenix will be favoured by companies and shoppers because it will be more convenient than today’s national currencies, which by then will seem a quaint cause of much disruption to economic life in the last twentieth century.”

That piece stoked nationalist fears, and perhaps globalist hopes, about an international currency that could one day be an alternative to fiat limited by borders. Far from quaint, the currencies listed by The Economist are still very much in use with no signs of going anywhere, though those nationalist fears have perhaps been inflamed over the last decade-plus with the rollout of Bitcoin (BTC), Ether (ETH), Ripple (XRP) and other cryptocurrencies. When it comes to crypto, nations have largely remained on the sidelines, except when acting as reactive regulators to these private first movers.

But time’s arrow only points forward, and after we’ve already digitized nearly everything else in our lives, it’s only inevitable that we would want to digitize our most valuable asset: the very notion of value itself.

Related: Central Banks Are Exploring Blockchain — but for Their Own Reasons

However, a “greenback” — or any other piece of physical currency — is also the most complex experiment in this march of digitization yet, representing a variety of sometimes conflicting elements: assets, debt history, payment history, and national identity and pride. Nations should be careful about how they proceed, as governments find it difficult enough to digitize things like national health care, and citizens should be wary of how exactly those nations choose to proceed.

The cautionary tale of the Petro

One nation that proceeded with a national digital currency and definitely didn’t succeed was Venezuela, home of the unmitigated disaster that was the Petro. Venezuela wrote the handbook on how not to launch a digital currency. Like the Greek myth of Icarus flying too close to the sun, Venezuela saw the shiny object that was the crypto industry and tried to go too far, way too fast.

Initially launching in early 2018, the Petro’s rate was tied to one barrel of oil, with 100 million coins issued. On some level, it may have made sense to start moving Venezuela’s most precious resource to the blockchain. However, like far too many before it, Venezuela’s toe dip into crypto was born out of desperate greed, not because it was the best mechanism for the country to execute on what it wanted to accomplish. The Petro was built on a slapdash white paper that cribbed significant portions from that of the open-source altcoin Dash.

Related: Venezuelan Petro Against US Sanctions: History and Use of the Crypto

Failure reared its head where faith would not. The Petro lacked credibility at home and internationally, squeezing it out of any potential global markets and leaving it dead on arrival. The one place where the Petro had any traction, according to former Oil Minister Rafael Ramirez, was “in the government’s imagination.”

Related: Venezuela on Fire: How Maduro’s Petro Plan Failed to Bail Out

Aside from what was generally shoddy preparation for such an ambitious initiative, the Petro also suffered from existing on a centralized ledger under the control of what was, by all appearances, a very unreliable government. Normally, backing crypto reserves with oil might have actually worked, but it also required faith in the Venezuelan government to do what it said it was going to do regarding oil extraction.

So, what did we learn from Venezuela? Most of all, desperation is not the best position for launching a cryptocurrency. An unstable currency is going to be just as unstable in the digital realm as it is on paper. In addition, any limited controls exercised by governments should be as decentralized as possible, as a single asset isn’t enough to support said currency, even when the asset is as important as oil.

Governments cannot just dip their toes into the crypto waters. They must provide an alternative beyond the implied power of fiat that beats existing digital currencies at their own game. In a world where both data and money now move nearly at the speed of light, governments will have to do more than offer regulatory chokeholds. They must offer a better product.

As we start the new decade, there will undoubtedly be additional attempts at national digital currencies, attempts that benefit or suffer from varying levels of success. National control over currency and fiat is evolving as media, digital payments and even the nature of work continue to be shaped by computing, automation and our increasingly digital lives. However, those currencies that don’t want to meet the same fate as the Petro must offer a margin of speed and ease of use over non-state competitors, such as Bitcoin.

I was working in the cybersecurity sector when Edward Snowden leaked the National Security Agency’s PRISM program, and the thought in the community was that government snooping on internet traffic and private communications was such a big violation of people’s rights that they would rebel and start to demand freedom. The reality is that, several years later, nothing has changed. People choose to give up their freedom for the ability to use the internet, and the monitoring of the internet is now even more invasive. It’s not so much that people trade liberty for security, but that they trade liberty for security and convenience.

This is something for both the first wave of private cryptocurrencies and the potential second wave of national digital currencies to keep in mind. People hold Bitcoin to resist censorship and control by banks or governments, but the reality comes down to two things: The majority of the population does not care for these features if it is more inconvenient to use than traditional methods, and all cryptocurrencies — no matter how they are implemented — are controlled by a select few.

Related: China’s Digital Yuan Is an Economic Cyberweapon, and the US Is Disarming

The adoption of cryptocurrency will not come from the average person on the street demanding censorship-resistant digital money. People don’t care about censorship resistance, as I learned during my research on TOR. Adoption of cryptocurrency will come from the banks and from those nations looking to provide the people with a faster, more secure way to transmit money.

Cryptocurrency should not be wrapped up in a political statement, and such statements are implicit in government rollouts of such initiatives. This is what we’ve already seen with the Petro. That type of notion harms the technology. Rather, we should look at holistically offering the best solution for crypto that implements the best ideas of all vested interests. That means buy-in from everybody who touches the finance sector and is working on its problems: not just governments that may release these currencies, but consumers, technologists, and yes, even banks. Sorry to the anti-bank cultists out there.

The internet did not succeed because it was able to make a political statement. It was successful because it was a way of distributing information in a quicker method than was previously possible. The cryptocurrencies that succeed will do so for similar reasons: because they allow for better, faster and more secure payments, with better audit trails. If nations really want to build attractive digital currencies, that’s where their focus should continue to be.

Richard Dennis is the founder and CEO of TemTum, a quantum-secure and environmentally friendly cryptocurrency. He is a cybersecurity and cryptography expert and one of the world’s leading speakers on secure networks, blockchain and encryption.