Heads of Binance​.US, Ledger, and ZCoin Speak to Impact of Digital Dollar on Industry 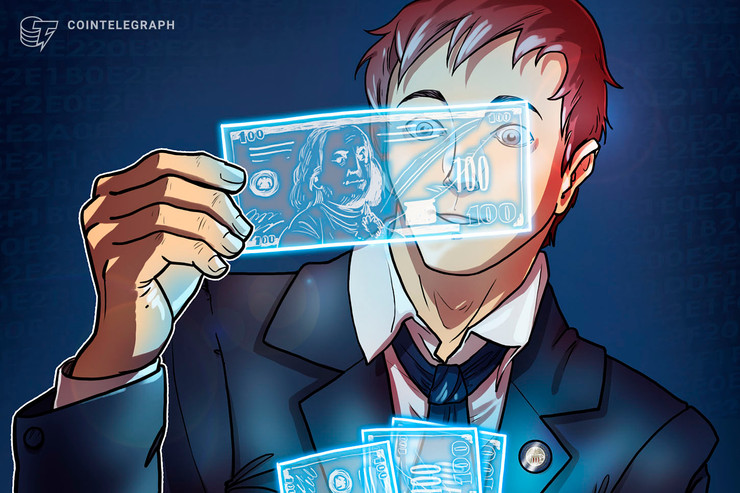 COVID-19 has wreaked havoc on the global economy. As legislators in the United States go back and forth on how best to distribute aid, the conversation has amplified the potential role of a digital dollar to avoid the traps of traditional finance.

Whether or not ongoing stimulus efforts lead to the minting of a digital dollar, it’s a subject that is on the minds of U.S. legislators in a new way, especially as China’s pending central bank digital currency (CBDC) continues moving forward. Cointelegraph spoke with several leaders in the blockchain industry to get their take on what a digital dollar means for stimulus, government, and crypto.

A boost for crypto or just buzzwords?

Pascal Gauthier, CEO of crypto hard-wallet maker Ledger, was positive about the prospect of a digital dollar for the company. Even so,he was uncertain as to whether recent legislation would actually bring it into existence.

“It’s amazing news.” Gauthier told Cointelegraph on what a digital dollar would mean for Ledger. “We’re not a fintech company. We’re just a tech company. We provide security solutions for critical digital assets and, you know, blockchain-enabled assets. So everything that runs on the blockchain is good for us because we protect the secrets, we protect the private everything that runs on a public blockchain.”

CEO of Binance Catherine Coley said that the prospect of a digital dollar was potentially good for adoption all around:

“If it is a push towards efforts of the Fed coming forward with their own version of a central bank coin, that would be something that would be fascinating and a good move in the direction of leading the U.S.”

Like Gauthier, Coley couched her optimism: “In terms of how that actually affects the adoption rate or the financial inclusion that we see as benefiting from digital assets, it’s a little bit different.”

Part of the problem with the digital dollar as proposed in some draft versions of the currently circulating stimulus bill is that it would operate strictly via the current financial system, monitored by the Federal Reserve. Coley explained:

“They would be using the existing rails and one part that we face is that existing rails oftentimes neglect those that may not have bank accounts or may not be able to go and visit their brick and mortar bank in times like these crises.”

Moreover, if the United States is looking to implement a CBDC based on the blockchain, it may face infrastructural hurdles that it has not yet prepared for.

Gauthier illustrated a major difference in the way that Bitcoin’s network security grew and how a hypothetical blockchain-based dollar would develop: “The infrastructure question, in general, for crypto assets is a very interesting one. If you see the evolution of Bitcoin, Bitcoin in 2008 is one guy and then two guys, three guys, etc. So you got concentric circles of more people joining in every year.” He continued:

Coley, who recently wrote an op-ed promoting the use of stablecoins to distribute aid, was skeptical as to the Fed’s ability to implement such a massive initiative at once, given the limited exposure to the technology up til now: “It makes us aware in the United States that we’re not there yet at the same level of adoption that the rest of the world is already eager for”

“This digital dollar idea seems to be a knee-jerk response. The allure is simple: to have direct access to citizens with minimum red tape and the ability to directly provide dollars to the people, including the unbanked,” said Reuben Yap, COO for privacy token ZCoin. “While I do think that there is benefit in empowering the unbanked, much more detail needs to be fleshed out. This is not something we can rush through.”

Is it even blockchain?

Given the limited specifications as to any prospective digital dollar coming out of the stimulus package, nobody was confident that the final product would properly fall into the category of blockchain-based cryptocurrency. Yap was adamant: “Creation of a digital dollar is NOT an endorsement of cryptocurrency or Bitcoin or even blockchain.”

Slightly more diplomatic, Gauthier said “One of the big questions for the crypto dollar is whether it will run on a public blockchain or not.”

Also skeptical, Coley was curious as to what the phrase “digital dollar” would end up meaning. She described her reaction as “relieved to see those words put together but well aware that the situation they’re proposing wasn’t anything involving stablecoins or digital assets as we know them.” Coley advocated Binance’s dollar-backed stablecoin, BUSD, as a more reliably blockchain-backed way for users to access the benefits of the dollar.

The issue of international exchange

The language in current bills identifies a “qualified individual” for the proposed digital dollar wallets as “any individual other than any nonresident alien individual.” This leaves a lingering question: what is the prospective role of these digital dollars abroad, in transacting with foreign nationals or buying commodities across borders?

Regarding legislative reaction, Coley said “It would be remiss to say they’d be shocked by that because the U.S. is one of the largest currencies used all around the world. So for the sake of keeping it within the walled garden that is the United States, I don’t think that’s purposeful or in their best interests.”

Gauthier, who lives in France, was direct about the uncertainty surrounding a digital dollar that leaves the U.S., saying “That’s a very tough question because the honest answer is I don’t know.”

Many in the crypto community are suspicious of CBDCs writ large, seeing them as a means for governments to monitor private transactions. This is a large part of the conversation surrounding China’s proposed digital renminbi, but given skepticism towards the Federal Reserve among fans of Bitcoin, it’s easy to see why the proposed “FedAccounts” might not be cause for celebration.

“We need to consider the implications with privacy, as all of these wallets will be tied to an identity,” Yap explained. “This digital dollar could also become a gateway to the removal of physical cash, which is still currently the most private way to perform financial transactions.”

Gauthier was similarly doubtful as to whether the digital dollar would be as empowering a force as advertised: “Ownership is the question that remains in the sense that can you own the crypto dollar in the same way that you own cash? Meaning that it’s with you, it’s on your ledger wallet. Is it anonymous or traceable?”