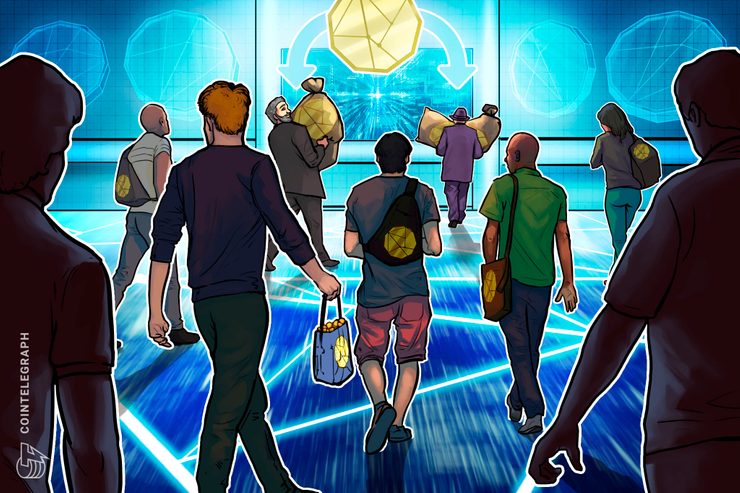 Launched in 2018, DLC is an open-ended fund that provides market cap-based exposure to the upper 70% of the digital currency asset class. It will now be publicly traded under the symbol GDLCF.

GDLCF is the fourth publicly-traded investment product launched by Grayscale

As previously announced, GDLCF will purportedly be the first publicly-quoted security based on a basket of digital currencies in the United States. As of Oct. 31, 2019, DLC included 80.6% of Bitcoin, 9.2% of Ether, 6.0% of XRP, 2.5% of Bitcoin Cash (BCH), and 1.7% of Litecoin (LTC). The composition of DLC is evaluated on a quarterly basis and may also hold cash and assets arising as a result of a fork, airdrop, or similar event from time to time, Grayscale added.

In order to publicly quote the shares of its diversified cryptocurrency fund on OTC markets, GDLCF had to receive approval from two different organizations.

Then, as Grayscale announced Nov. 22, its DLC product has received Depository Trust Company (DTC) eligibility, after which it can launch GDLCF for public trading. The firm has not yet announced the specific launch date.

DLC is not registered with the U.S. Securities and Exchange Commission to date, as Grayscale claims that the fund is “not subject to disclosure and certain other requirements mandated by U.S. securities laws.”

However, Grayscale has filed with the SEC to become the first crypto fund to report to the regulator. On Nov. 19, Grayscale Bitcoin Trust filed Form 10 to register its shares under the Exchange Act.

The firm recently recorded a new record in quarterly inflows as it reportedly registered more than $254 million in total investment into its products in Q3 2019. According to Grayscale, as much as 84% of investment came from institutional investors, dominated by hedge funds.