Google Partnership with Hedera Hashgraph Can Generate $1.9B by 2024 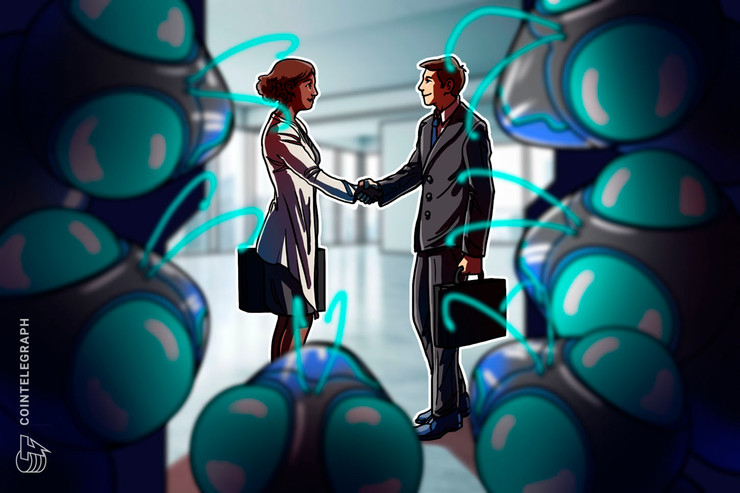 Independent research firm Fundstrat predicts that Hedera Hashgraph, the enterprise-grade public distributed ledger platform, could generate $1.9 billion in value across its network by 2024. Fundstart’s predictions are highlighted in their latest report, which analyzes Hedera’s recent growth.

The report shows that Hedera’s platform has handled over 36 million transactions since September 2019 when the network became publicly available for anyone to build, test and deploy applications on it. Hedera’s distributed ledger technology is currently being used by companies such as Acoer to help track the spread of the deadly coronavirus, along with Armanino to provide a reliable source of transaction and account data for financial auditors.

Fundstrat’s report also points out that Google joining Hedera Hashgraph’s governing council is a key indicator for future success. While companies such as IBM, Boeing and Deutsche Telekom compose Hedera’s governance council, the addition of Google is a milestone validating Hedera’s enterprise potential.

Hedera Hashgraph CEO Mance Harmon told Cointelegraph that Google will be running its network node on the Google Cloud Platform (GCP) to ensure the creation of a global, distributed network. He said:

“Google, alongside other council members, are responsible for maintaining Hedera’s global infrastructure, protocol and product to create a trust layer for the internet. Google has joined our governance council because the company appreciates the model we’ve created.”

“We’re excited to provide scalable and reliable infrastructure for Hedera, as we do for many other digital-native companies like Atom Bank and Blockchain.com. This partnership will help bolster GCP’s position as the cloud provider of choice for DLT networks and decentralized applications.”

Where did Facebook’s Libra go wrong?

As Google and other major enterprises take part in Hedera’s 39-member governance council, a number of companies have left Facebook’s Libra Association, a project that aims to create a global cryptocurrency-based payments network. Despite backlash from regulators and government officials, companies such as PayPal, Mastercard and Visa initially joined Libra’s governance council.

According to Harmon, Libra’s governance model resembled that of Hedera. He explained that when Libra was announced during the summer of 2019, Hedera had placed a full-page advertisement in the Wall Street Journal calling out Facebook for stealing its model. The ad read:

“Thank you Facebook Libra. Imitation is the sincerest form of flattery. It’s been their internet for too long. Make it yours.”

Harom explained that the ad was meant to validate Hedera’s governance model. Yet, with a seemingly identical governance model to Hedera —  which allows members to run individual network nodes on their own infrastructures and then vote on crucial network decisions – some may be wondering where Libra went wrong. Since Libra was unveiled, at least seven major companies have dropped out, including Mastercard, PayPal and Visa.

Harom said that Libra has always faced a much tougher regulatory environment in comparison with Hedera. He also said that Hedera has understood from the beginning the importance of working closely with regulators to conduct business properly in the United States, adding:

“This isn’t to say that Facebook didn’t talk to regulators, but they also created a stablecoin from a basket of different currencies. That creates an additional layer of regulatory complexity that we never had to deal with.”

Harmon also noted that Hedera’s focus is entirely different from Libra’s: “We don’t have a stablecoin or payments solution. Our focus here is to build a new layer of the internet, based on trust — not a global payments solution.” While this may be, some skeptics argue that Hedera Hashgraph lacks decentralization, as its network is essentially being governed by major enterprises.

In order to solve this problem, Hedera launched the Hedera Consensus Service on Feb. 13 to provide developers with the opportunity to create verifiable timestamps and to order events across any application.

According to Harmon, Hedera is the first public distributed ledger that allows developers to build their own application networks. Hedera refers to this as “AppNet,” which is basically a set of computers that enable privacy yet utilize the trust of Hedera’s public ledger as their consensus engine.

Hedera Consensus Service  could allow companies to track assets across a supply chain or to track the number of music streams to determine remittance for digital rights management. Organizations can also create an auditable log of asset transfers and payable events across an advertising platform.

HCS is tied directly to the Google Cloud Platform, as private networks using HCS can run those networks on Google Cloud to ensure trust. The co-founder and chief scientist of Hedera Hashgraph, Leemon Baird, explained:

“Logging transactions in the exact order they occur is crucial to use cases across nearly every industry. […] It allows groups working together to then apply this trust and governance to their applications that need both trust and privacy.”