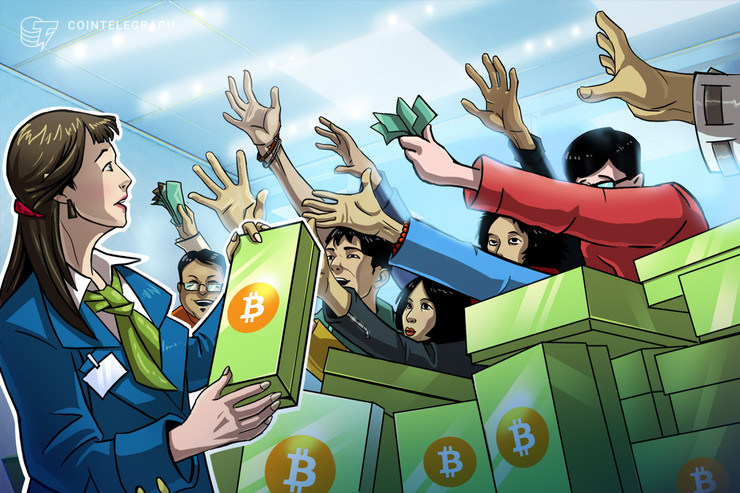 Canadian asset manager 3iQ has become the first firm to launch a fund tied to Bitcoin (BTC) on the Toronto Stock Exchange (TSX), after three years of legal wrangling.

‘The Bitcoin Fund’ listed nearly 1.5 million Class A ‘QBTC.U’ shares on TSX on April 9. The fund’s shares are currently trading for around $11 each.

On April 10, entrepreneur and crypto investor Tyler Winklevoss tweeted that The Bitcoin Fund’s launch on TSX was historic as it is “the first public Bitcoin fund listed on a major stock exchange.” The Winklevoss twins’ crypto exchange Gemini is acting as a custodian for The Bitcoin Fund.

The TSX is the largest stock exchange in Canada with more than $97 billion in monthly trade. The price indexes used by the fund are provided by crypto data company CryptoCompare and VanEck Europe subsidiary MV Index Solutions.

3iQ is also acting as the fund’s investment manager and portfolio manager. The firm was founded in 2012.

The shares issued by the fund offer a vehicle for mainstream investors to get exposure to Bitcoin without having to worry about cryptocurrency security or custody. The fund is also offering Class F shares targeting institutional investors.

3iQ spent three years in negotiations with the Ontario Securities Commission (OSC) before approval for the fund was granted — with the firm having originally filed its prospectus for The Bitcoin Fund in 2017.

During February, 3iQ partnered with Mavennet to launch a stablecoin pegged to the Canadian dollar that will be regulated by the Financial Transactions and Reports Analysis Centre of Canada (FINTRAC) from June.

The stablecoin, ‘QCAD’, comprises an ERC-20 token launched on the Ethereum (ETH) blockchain.