EOS to Become More ‘Community-Driven’ as Block.One Seeks to Use Dfuse’s Open-Source APIs 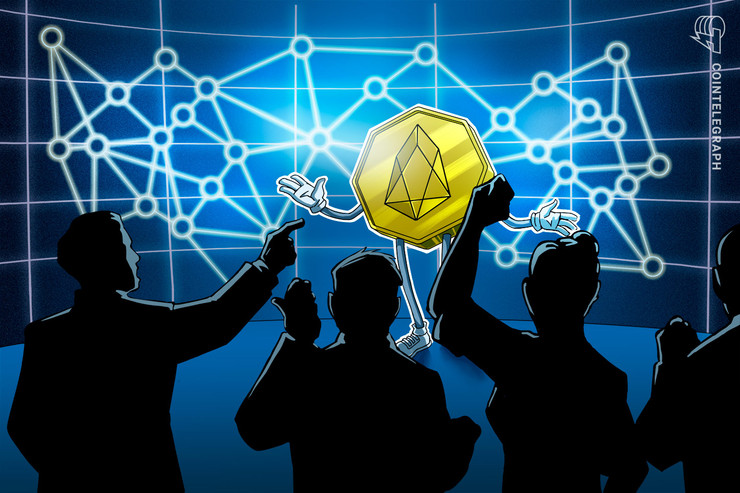 The technology stack behind Dfuse’s advanced blockchain APIs has been made open-source, according to a March 19 announcement. These APIs are primarily used in EOS development. Cointelegraph took the opportunity to interview the CTO of Dfuse, Alexandre Bourget, who revealed some of the far-reaching consequences of this for the EOS community.

Dfuse provides a high-performance set of APIs to read blockchain data, primarily on EOS and Eosio-based platforms, as well as on Ethereum (ETH).

Dfuse solves some of these issues by taking concrete snapshots of the blockchain, though it also supports real time reading and several other features.

For Ethereum, Dfuse provides data that “is not present in the nodes,” such as tracing cascading contract executions and other complex interactions. Bourget noted that many developers had to deal with the same complexities to develop their own projects, but nobody has provided a service to simplify this process before. Dfuse began life as a project from EOSCanada, one of EOS’ few dozen block producers.

Open-sourcing is a major decision

For a company like Dfuse, the technology stack can be considered as one of the main competitive advantages in selling its product. Bourget nevertheless said that open-sourcing critical software components is nothing new in the blockchain world, which openly values a higher degree of transparency and decentralization.

As the technology matured, the company realized that it could safely make its software open-source in a way that empowers its users.

From a business standpoint, the open-source model also provides advantages:

Edge integrations would allow entities to connect the API to different platforms, with Bourget citing examples like Apache Kafka.

Bourget also explained that the company’s presence will be strongly needed for enterprise:

“Enterprises have very critical things that they want to pay for, like service level agreements, support. They need to be supported, especially regarding blockchain, because […] blockchains are mostly going to be mission critical.”

Block.One, the company developing EOSio’s technology, is generally considered the main developer of the EOS network. It was the recipient of EOS’ $4 billion initial coin offering, a fact that generated significant regulatory scrutiny.

In addition to open-sourcing Dfuse, Block.One also revealed that it would seek to integrate its technology into EOSio — the name of the blockchain technology used in EOS.

Bourget argues that, so far, Block.One has been very cautious in interacting with the EOS network — they even made efforts to strike all references to their being an EOS developer in the media. He continued:

So that’s a notable shift. [Before] they settled with the SEC they were very wary to never touch any block production on EOS […] They would say, ‘look, you buy EOS, but we’re not going to give you a network. You’re giving that as revenue for us to build the program.’”

He also noted that Block.One recently purchased EOS New York, another founding block producer. Bourget was positive about the changes, saying that they open EOS to becoming a more community-driven network. He added:

“There’s a lot of knowledge in block producers who have actually made money out of [EOS]. […] So that’s maybe a shift to be more community-centric, which will improve the speed at which [EOS] could rise and become more meaningful.”