2
SHARES
ShareTweet
Contact us to join the Bitcoin Revolution today!
Doesn’t South Africa have the internet yet?  Or, even books?

The new South African finance minister, Nhlanhla Nene, has just come out with an amazing plan to help the people!  He will devalue their money into worthlessness! This always works out well.

Nhlanhla has proposed an “ingenious” new plan to help the country’s impoverished black population: print money and hand it out to people.

South Africans are continuing to be poor when we can print more money to ensure that everybody has it. Our people are poor because there is a shortage of money in the country.

It’s not the shortage of jobs that makes people poor, it is the shortage of money. We have paper and ink, so we will print more money and give it to the poor, and make all of them billionaires if that is possible.

Yes, make them billionaires.  There were countless trillionaires in Zimbabwe, even quadrillionaires… but it turns out that “trill-life” isn’t all it’s cracked up to be, as many were left eating bugs in torn up t-shirts. 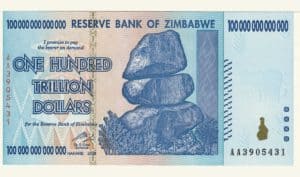 But let’s go ahead and break down just how ridiculous the minister’s plan is.

His main fallacy: “Our people are poor because there is a shortage of money in the country.”

No, money is just a signal, or representation of value, which leads to his second fallacy, “It’s not the shortage of jobs that makes people poor, it is the shortage of money.”

Really? How does anyone anywhere ever make money to begin with? By working a damn job!

If instant riches was as easy as printing money, then why not make everyone on Earth a trillionaire by printing up more money?  Because that’s moronic, that’s why. 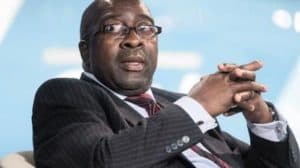 Unfortunately, the South African finance minister seems incapable of learning from his nation’s neighbor. Or from any other hyperinflation in history.

If Nhlanhla doesn’t even realize he’s making the same mistakes as Zimbabwe, which is right next door and happened a few years ago, then the Republic of “Weimar” probably just sounds like “wiener” in German to him. Which he probably likes.

But, way back in the 1920s in Germany, they proclaimed the exact same thing. “There isn’t enough money!”

They fixed that “problem” within just a few years and German girls became prostitutes to the world in a bid to survive.

Meanwhile, in more recent times, the situation in Zimbabwe has become so bad that the price of bitcoin recently surged there, trading at nearly double the international rate.

The reason? Rampant hyperinflation left the country with essentially no currency, forcing the government to adopt the US dollar and South African rand.

Border patrol in South Africa was even put on “red alert” because so many Zimbabweans were fleeing their own nation.

Apparently, Nhlanhla or whatever his name is, never even heard about it.

Which begs the question we always ask of central bankers… are they really THIS stupid or are they acting on purpose to destroy the country, put in stricter controls, impoverish the people and keep their place at the top of the food chain?

It’s hard to imagine even this Nhlanhla guy could be this dumb.  He’d have to be living in a bubble to not even notice what’s been going on in his own country due to Zimbabwe’s hyperinflation.

Luckily, it doesn’t really matter if they are stupid or evil… or both. They are probably both. We now have access to non-central bank currencies like bitcoin and others.  And, I advise everyone in South Africa to run, not walk, to trade in what is remaining of the South African rand for precious metals and cryptos before Nhlanhla completely obliterates it.

And, if you want more information on how to do so, make sure to check out The Dollar Vigilante’s newsletter (HERE) where our subscribers gained a 2,192% return in cryptos in 2017!

Or, you can listen to Nhlanhla and become a South African rand “billionaire” and see how that works out for you.

Anarcho-Capitalist. Libertarian. Freedom fighter against mankind’s two biggest enemies, the State and the Central Banks. Jeff Berwick is the founder of The Dollar Vigilante and host of the popular video podcast, Anarchast. Jeff is a prominent speaker at many of the world’s freedom, investment and cryptocurrency conferences including his own, Anarchapulco, as well as regularly in the media including CNBC, Bloomberg and Fox Business. Jeff also posts exclusive content daily to the new blockchain based social media network, Steemit.