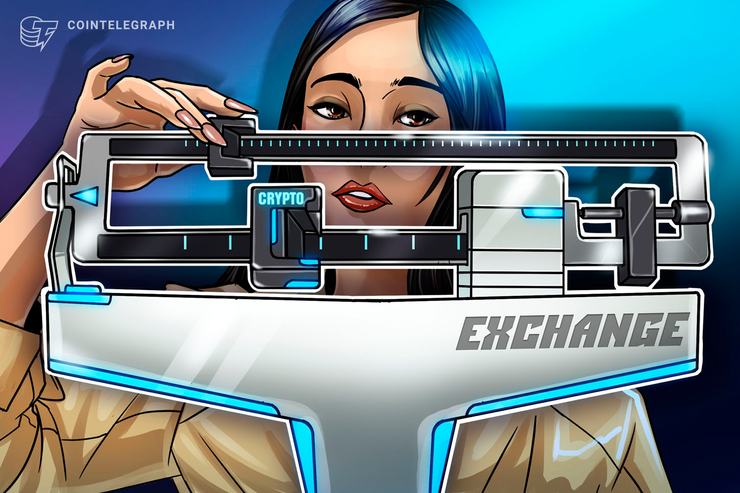 As a young industry, the cryptocurrency space has been like a revolving door, seeing numerous companies, projects and assets come and go with the wind. Crypto exchanges, in particular, have seen their fair share of changing tides. Outfits such as BitMEX and Binance have grown since 2017 while newcomers such as Bybit have more recently entered the spotlight.

It is not uncommon for such exchanges to gain social media attention as various personalities promote their reference links and talk about different digital assets on crypto-Twitter and YouTube.

BitMEX, Bitfinex, Coinbase, Binance and Bybit have each seen their share of activity on social media, each with varying amounts of trading volume, although recent data from Amazon’s analytics site Alexa shows where these five exchanges really stand in terms of traffic and engagement. High trading volume does not necessarily equate to a high website traffic and engagement ranking compared to all online websites.

Among the five exchanges mentioned, Binance comes in with the highest rating on Amazon’s Alexa analytics tool, ranked at 1,582 when matched against all available websites.

Binance has grown immensely since its founding in 2017, adding numerous assets, as well as futures and margin trading features in 2019, around the same time the operation geofenced United States-based customers to the regional Binance America platform.

Banning the U.S., however, obviously has not caused Binance’s website traffic and engagement to falter. The exchange has amassed a notable $1 billion in profit since its inception in 2017, with a record Q3 in 2019, as Cointelegraph reported in October.

In terms of reported volume, however, Binance sits in fifth place on popular price and data website CoinMarketCap.

Founded in 2012, the app and online cryptocurrency marketplace Coinbase made numerous headlines during the bull run of 2017. The entity ranks second among the list of mentioned exchanges in terms of overall traffic and engagement, sitting at 2,335 on Amazon’s Alexa data page.

This ranking includes activity for both Coinbase, as well as for Coinbase Pro, the company’s more trader-centric page.

Coinbase is the only exchange on the mentioned list that exclusively hosts spot cryptocurrency trading, meaning traders are buying and selling actual physical Bitcoin on Coinbase and not derivative products or contracts, which directly affects Bitcoin’s price.

When compared to other cryptocurrency exchanges, this ranking is fairly high, especially when considering the amount of volume running through margin trading exchanges. One might conclude this as positive for BTC and other crypto assets available on Coinbase as such activity might mean participation from folks other than traders.

Controversial exchange Bitfinex is next on the list, ranked at 9,232 in terms of traffic and engagement against all other websites.

Bitfinex has graced many headlines since its inception in 2012. Authorities have looked into the outfit numerous times, probing to see whether or not the company is running a legitimate and legal operation. Bitfinex has also seen complications due to its alleged relationship with stablecoin Tether.

Still, the exchange posts notable traffic, although it sits below Coinbase in terms of reported volume posted on CoinMarketCap, ranked at 62.

Fourth on the mentioned list of exchanges above in terms of traffic and engagement is a newer exchange by the name of Bybit, which entered the market in 2018.

Bybit comes in at 12,035 when compared to all websites on Amazon’s Alexa data. It surprisingly ranks higher than BitMEX by web traffic, an exchange so popular that it is known for its “overload” — a condition in which the exchange freezes and locks out users during times of high traffic.

Bybit is not listed on CoinMarketCap, so it is difficult to gauge its comparative volume, although one reason it may currently rank higher than BitMEX in terms of traffic may be due to the exchange’s upcoming trading competition.

Bybit is hosting a massive trading competition that started on Nov. 18, with prizes totaling up to 100 BTC. Many social media personalities in the crypto space have promoted the competition, compiling teams to enter the event.

Last on the mentioned list of exchanges is derivative platform BitMEX. Launched in 2014, BitMEX comes in at 17,124 on Amazon’s data.

Notably, BitMEX has the most reported volume out of any trading platform, pulling in more than double the volume seen on BKEX, a second-place exchange with an Alexa ranking of 15,693.

Due to Bybit’s trading competition, however, traders may be heading over to Bybit to take a bite out of the action, leading to a spike in Bybit’s traffic numbers.

Based on the above data, exchanges that posted the highest volume were not necessarily the exchanges with the most web traffic and engagement. This notion may indicate that large traders trading big positions gravitate toward exchanges with higher liquidity. It contrast, lower volume exchanges may pick up more overall traffic as a result of various promotional offers, gimmicks and other tactics getting interested less sizable folks in the door, but may not see a resulting sizeable increase in volume.

Additionally, the traffic and engagement numbers from spot-based exchanges such as Coinbase and Binance may indicate interest from the mainstream public. (Binance hosts derivative trading, but has largely been known as a spot operation for most of its existence.) These exchanges might be hosting more traffic while yielding less volume as many nonprofessional traders interested in investing a few dollars worth of cryptocurrency engage with these platforms.

The views and opinions expressed here are solely those of (@benjaminpirus) and do not necessarily reflect the views of Cointelegraph. Every investment and trading move involves risk. You should conduct your own research when making a decision.