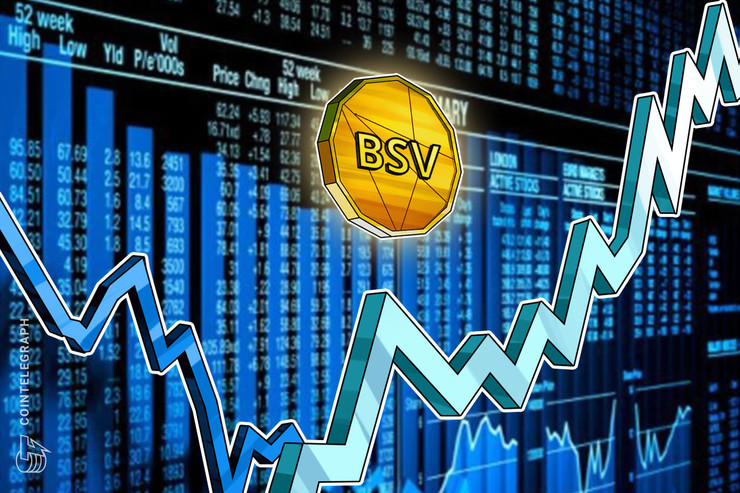 Major cryptocurrency exchange OKEx announced that it decided not to delist bitcoin satoshi vision (BSV) in a series of tweets published on April 16.

OKEx is currently ranked first on CoinMarketCap of exchanges by adjusted trading volume, with $1.3 billion in 24 hour volume.

Per the announcement, the exchange verified that BSV currently doesn’t meet the OKEx delisting and hiding criteria after reviewing its technology development, liquidity and compliance. The last tweet further explains the stated reason behind the decision:

“As a neutral platform, OKEx respects the efforts of all dedicated teams in advancing the technology of Bitcoin and has no inclination to certain technical directions.”

As Cointelegraph reported yesterday, major cryptocurrency exchange Binance has officially announced that it will delist BSV starting next week.

Some users have suggested that OKEx’s decision to keep listing BSV may have been influenced by the recent announcement of OKEx’s partnership with Jack C. Liu, founder of crypto wallet RelayX, to launch a BSV-based exchange.

The Twitter comments on OKEx’s post are divided between users claiming that neutrality is welcome on an exchange’s part, and users who insist that BSV should be delisted from the platform.

Binance’s original delisting decision comes after Craig Wright, the altcoin’s creator, set a $5,000 bounty in BSV for information regarding the identity of Hodlnaut, the Twitter user behind the Lightning Torch initiative. Wright was purportedly motivated by the anonymous Twitter user calling him a fraud and accusing him of falsely claiming to be the mysterious creator of bitcoin (BTC), Satoshi Nakamoto.

At the time, Binance CEO CZ warned that he would delist the altcoin if Wright does not change his behavior, and pointed out that he believes Hodlnaut’s statement: “Craig Wright is not Satoshi.”