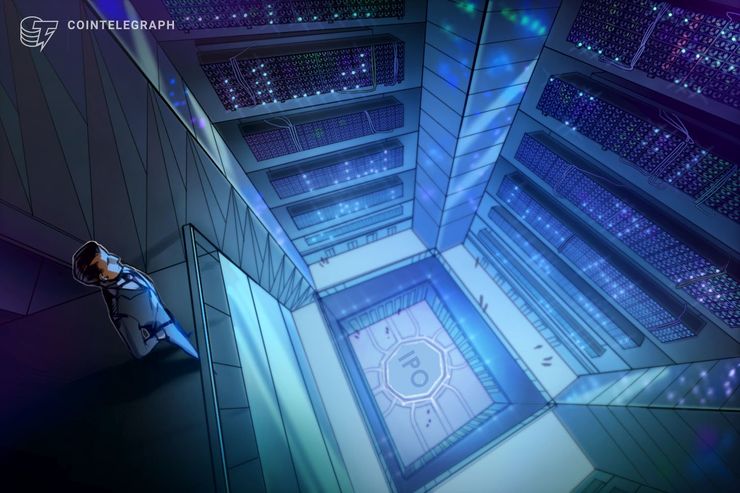 Hut 8, which claims to be “the largest” public crypto mining company by operating capacity and market capitalization, has revealed its financial results for Q3 of this year, stating that its revenue reached a record high $13.5 million for Q3, and $27.7 million for the nine months ending on Sep. 30.

Revenue increased by 126 percent compared to the previous quarter revenue of $5.9 million. Hut 8 attributed the increase to its deployment of 16 Bitfury BlockBoxes in September at its mining facility in the City of Medicine Hat, for an aggregate of 56 BlockBoxes at that site. Each BlockBox contains 176 mining servers and reportedly has a hashrate of 13.7 Pethashes per second (Ph/s).

In Q3, Hut 8’s cost for mining a single Bitcoin was $3,394, which is lower than the current market price of around $6,400, which is reflected in the report as the company’s mining profit for Q3 was $6.6 million, with a mining profit margin of 51 percent. Hut 8 claims that this makes it one of the lowest-cost BTC mining companies globally.

Hut 8’s mining profit margin and adjusted earnings before interest, taxes, depreciation, and amortization (EBITDA) was lower during Q3 for a few reasons. The BTC price significantly appreciated through the quarter, while competition from other BTC miners increased. Another factor was the record high temperatures in Alberta, which resulted in increased electricity costs at Hut 8’s Drumheller facility.

The company expects that the efficiency of Application-Specific Integrated Circuit (ASIC) chips used to mine cryptocurrencies will rise during the colder months, which subsequently will improve performance in the next quarter.

Hut 8 launched its Medicine Hat facility in July in partnership with BTC mining equipment manufacturer BitFury. At that time, Hut 8 had mined around 1,000 BTC since its launch in December of last year.

Meanwhile, BTCC Pool, the mining operation of Hong Kong-based cryptocurrency exchange BTCC, announced it will close “indefinitely” at the end of November due to unknown “business adjustments.” BTCC nonetheless expressed a sense of optimism, hinting that the decision to close down was not strictly permanent.