Bancor’s Airdrop as First Step to Take Blockchain Out of 1997: Interview 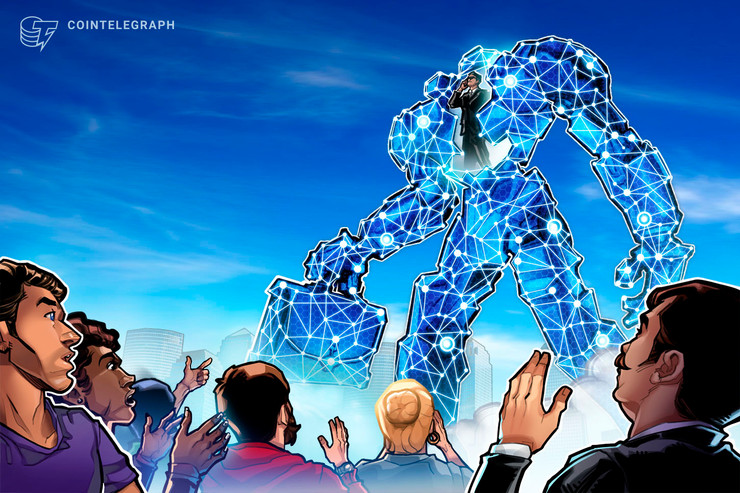 Decentralized exchange project Bancor (BNT) is currently in the midst of launching a massive airdrop to all its token holders. Cointelegraph took the occasion to interview Co-founder and Product Architect Eyal Hertzog, and Head of Growth Nate Hindman. The duo shared their thoughts on the airdrop, existing trends in decentralized finance (DeFi) and Bancor’s upcoming transition to a Decentralized Autonomous Organization (DAO).

Engaging the community through an airdrop

In November, Bancor announced an airdrop of ETHBNT to all those who held its BNT token as of Jan. 1. The airdrop gives the equivalent value of 10 percent of the wallet’s BNT balance as ETHBNT, a “pool token.”

These tokens are a key feature of the Bancor exchange. Unlike normal order book-based platforms, Bancor relies on an algorithm that automatically calculates price based on the difference in buying and selling pressure. Liquidity pools made of tokens like ETHBNT are a key component of this system. Users can acquire pool tokens and stake them in the liquidity pool, receiving a portion of the exchange fees. Then, at any moment, they can be exchanged for either ETH (and other coins) or BNT.

The token will be distributed to all non-custodial wallets and supporting exchanges, a list that currently includes Binance and, as of Jan. 16, Poloniex.

Bancor maintains that the airdrop will increase the number of users in DeFi six-fold by adding 60,000 new people into the ecosystem. However, airdrop participants are naturally inclined to take them as “free money,” selling the tokens at the first opportunity and never really joining the community.

Both Hindman and Hertzog acknowledged this possibility, with the latter noting that it’s “part of the freedom.” Hindman elaborated further on Bancor’s expectations from the airdrop:

“Of course, there’s many people who won’t do it [join the ecosystem], will either sell it immediately or won’t do anything with it. But we’re thinking if we can capture even 20 percent of those new users and get them using this ‘new DeFi asset,’ staking in liquidity pools, utilizing the Zerion interface… that’s how the protocol succeeds.”

In preparation for the airdrop, Bancor developed the Zerion interface as a staking dashboard, allowing users to manage their funds and get a clear view of returns.

Indeed, the primary motivation of the airdrop is to show users that DeFi is not so scary, as Hertzog noted:

“For someone that is holding BNT, it may be kind of scary to take the first step and put this BNT in a relay […] It’s a very natural thing that people are concerned about things that they haven’t tried before. But using this airdrop, we created a situation where […] as you look at the wallet and all of a sudden you see a token like ETHBNT, maybe you heard about the airdrop, and then you click on that and you see that you have this amount […] it gives you the experience of participating in DeFi and not just being a holder of a token.”

Bancor’s transition to a DAO

The new year is set to bring about Bancor’s transition to a decentralized structure. The BNT token will be changed to an inflationary supply model, with the community deciding the specific rate of inflation. But that is just a start, as Hindman explained:

“Within the next month or two, there will be a formalized voting and proposal process for the DAO […] We’re very excited to really have the protocol built into this DAO, so that any changes to the token model, any potential improvements can really come from the community.”

Hertzog revealed that the DAO transition is something that always made sense for a project like Bancor:

“We think that Bancor, and some other projects, are in this category of not being classic corporations or services. I like to describe services like Bancor, or even like Maker, as a common agreement about a set of rules. As I like to say, it’s the difference between England and English […] England is a real entity and English is just an agreement, a global agreement about the meaning of the words.”

Though the loss of control may be a scary proposition for some blockchain projects, Hertzog sees it as the only way of scaling the ecosystem’s adoption:

“We’re not looking to build a service here, make money and enjoy the revenue, we’re looking to create a standard. We’re looking to create a standard that will be adopted, and our success will come from the adoption of the standard. We don’t want to control it, but because no one has done that before, we cannot create a standard on day one and expect that to work. It’s going to be a process, it’s going to take years to realize what it even should be. I think that the DAO is the final step to when we would say: ‘ok, that’s the standard, we understand how it works.’”

The future of DeFi and blockchain

The rise of decentralized finance has been one of the key stories of 2019, though Hertzog noted that Bancor was, in a sense, a DeFi project since before the term went mainstream.

Sharing his thoughts on the evolution of the industry, Hertzog said:

“DeFi is a great thing and it’s a natural evolution of what I call the ‘industry dogfooding.’ I like to think of the story of when I was young and started to work in an Internet company in 1997. I had an email, I had a browser and I was connected to the Web. But all you could do with it in 1997 was just to use it within the Internet industry. The only people I could email were from other Internet companies. The only things that I could find on the web were technology news that are related to the Internet. I think we are going through the same phases now with crypto.”

While the primary crypto use case in 2017 was financing through initial coin offerings, Hertzog compared DeFi to Wall Street’s accessory services to the simple buying and selling of shares. While calling them beautiful, he considers decentralized alternatives to loans and leverage options as simply the natural evolution of the financing use case.

Finding uses outside of the crypto trading market is not easy, and Bancor itself is still primarily one of these providers of accessory services for trading. When asked by Cointelegraph whether the project is working on something beyond DeFi or the cryptocurrency world at large, Hertzog grinned, replying:

“We actually are working hard on major partnerships that extend beyond crypto assets. It’s not in the stage of even announcing it […] But definitely we are looking at how those technologies can be leveraged […] Maybe the primary advantage is the transparency that this kind of finance has.”